CORRECT THE MISCONCEPTION ABOUT ORTHODOX CHURCH 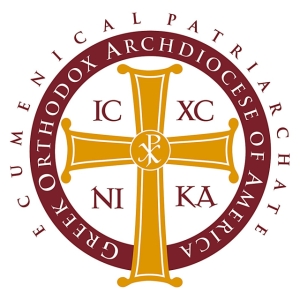 Warn The Creed under the risk
In response to the wrong conception from some who says that the Orthodox does not relate with Byzantine; and Byzantine from the past and it's a set of historical things “Unfortunately, that wrong comes from some of Orthodox Priests”
in the following brief I would to provide the fact that Byzantine is an integral part of Orthodox; moreover it is the existence of the Orthodox in the past, present and future.
A- Definition
- First of all, the Byzantine is an identity to the Orthodox Church; including the Orthodox Church, Orthodox Catholic Church, Eastern Orthodox Church, Eastern Church, Eastern Orthodox all together derived from the principles of Byzantine Church and Byzantine rites, which constitute the basic of orthodox faith according to principles of seven ecumenical councils which adopted the Creed and the canon and the principles of the Christian faith, supported from the Holy Spirit
For example, Miracle of St. Spyridon in front of Arius proved an error of the doctrine Arianism.
So, Byzantine church is the protector body of the faith.
B- Historical Fact
John Chrysostom was Patriarch of Constantinople "Byzantine", where Patriarchate of Constantinople still alive until this moment which headed by “His All Holiness Bartholomew, Ecumenical Patriarch and Archbishop of Constantinople, the New Rome”, which indicates that the Byzantine is continuous, and this refutes the allegations that is over, and stresses that the Orthodox is Byzantine.
The Sceptics are referring to the Liturgy of St. John Chrysostom, says that
This liturgy is not a byzantine liturgy and the direction of St. John Chrysostom was not byzantine direction
my responding to them in a simple interpretation  is:
The professional and specialized dictionaries say that:
1- Saint John, A.D. 347?–407, Ecumenical patriarch of .
2- The Chrysostom came from Greek Language:  Χρυσόστομος
Which consist from two words:
Χρυσό which mean Gold
στομος which mean mouth.
3- Liturgy and Tradition
Origin:
Liturgy: Λειτουργία, λειτουργία εκκλησίας
Eucharist : Θεία ευχαριστία
1550–60;  < Greek leitourgía  public service, ecclesiastical Greek: Eucharist, equivalent to leitourg ( ós ) minister.
The tradition of the goes back to the two of most major and oldest Divine Liturgies which still continues,
The first one is to St. Basil the Great (379 A.D), Metropolitan of Caesarea in ; where he made reformed the Liturgy of the Church, and that called the Byzantine service after his reformed Liturgy in its chief parts,
Basil’s goal is the streamlining of the services to make them more cohesive and attractive to the faithful. He also worked to reform the clergy and improve the moral life of Christians.
The most important work attributed to him is the Divine Liturgy of St. Basil. He took as his basis the Liturgy of St. James, as well as some liturgical elements recorded in the Apostolic Constitutions.
Saint Basil's liturgy was continued by John Chrysostom Patriarch of Constantinople who wrote new "shorter" prayers for the Divine Liturgy, as well as other prayers. The Divine Liturgy of St. John Chrysostom is the most common form of the Liturgy used in the Constantinopolitan Rite, and his Catechetical Homily is an important part of the Byzantine Paschal Vigil.
From here, all evidence indicates that there is no separation between the Orthodox and Byzantine; this confirms that the Byzantine is an Orthodox in all its components
And it's good to refer that Byzantine not a Political System but it’s spiritual Life
Whereas, the political period is limited period, but the spiritual stage is to infinity;
Therefore, what mentioned above considered a responding to those who says that Byzantine was a political stage in the past, and this is a confirmation that Byzantine is an Orthodox spiritual Life and it's an identity of Orthodox church which regulated
by the Ecumenical Councils of the Orthodox Church and headed by   Bartholomew I Ecumenical Patriarch and archbishop of Constantinople and new in communion with all Orthodox Patriarchs and archbishops
+ Theodore of
+ Ignatius of
+ Theophilos of
+ Alexey of
+ Amphilochios of
(representing the )
+ Laurentiu of
(representing the )
+ Dometiyan of
(representing the )
+ Gerasime of Zugdidi
(representing the )
+ Chrysostomos of
+ Ieronymos of
+ Jeremiasz of
(representing of the )
+ Anastasios of Tirana
+ Christopher of the and