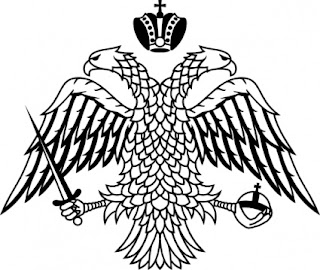 The Tradition was called "Apostolic" because it was delivered by the Apostles to the Churches which they founded.
It was later also called "ecclesiastic" because it was delivered again in each generation by the Church’s teachers to their people. Its substance was considered to consist of the central facts and beliefs crystallized in the Creeds of the great orthodox bishoprics. In the early Christian literature, there are references to an "unwritten tradition" left by the Apostles. This, however, does not appear to refer to any body of information independent of Scripture but rather to the evidence of primitive Christian institutions and customs which confirm Biblical teachings.
1- Then, by Holy Tradition (with capital T) the aggregate of truths of the faith is signified; these were originally orally transmitted by Christ and the Apostles to the members of the Church and, after that, taught in their entirety by the Church. These truths have been partially formulated and stated by the Ecumenical Councils, and by minor synods validated by the former; they have also been circulating in the common faith and conscience of the Church and have been included in later dogmatic and symbolic texts, in the writings of the Fathers and in the liturgical books of the Church.
2- Holy Tradition also contains all ecclesiastical traditions (with small t) referring to worship, polity, and, generally, the customs connected with the life of the Church. These traditions deserve respect on the part of the congregation but should be distinguished from the dogmatic Tradition referring to the truths of the Orthodox Faith. Holy Tradition is considered to be a source of Christian faith of the same authority and standing as that of the Bible.